Let’s face it, hybridized games are becoming more and more popular these days.  The reason for this is fairly straight-forward and simple – there’s an enormous need for original and appealing ideas which are capable of satiating the consumer demands of the video game community.  Of course Sanctum 2 isn’t really your typical mega-hit title which seamlessly integrates completely disparate genres, nor does it have a completely groundbreaking plot.  What S2 does do well however is deliver modern tower defense play in an FPS-inspired format.  This alone should be enough o pique your interests, especially if you’re into co-op gaming and are sick and tired of mindless competitive death matches, perhaps preferring to work in concert with friends instead of trying to kill them.

The story is more or less par for the course – four characters, each with their own unique abilities, must deal with an alien outbreak.  It’s plain and simple throughout in this department; the most important thing in the end is that you keep your wits about you and remain vigilant as well as prepared to dish out some violence as needed.

Sure, there are better high end / top tier titles to explore, but for its own purposes, Sanctum 2 looks pretty nice (especially when you consider that it’s a PSN game).  Visually speaking, it’s not nearly as bland-looking as some of the videos floating around tend to imply.  There are plenty of instances where splashes of color are introduced within the context of some specific (and often exotic-looking) locale.  Moreover, the character models are also quite good, as are the look and feel of the weapons.  Some people might be slightly perturbed by the way their player reloads, but this is a minor issue and certainly isn’t a game-breaking problem. 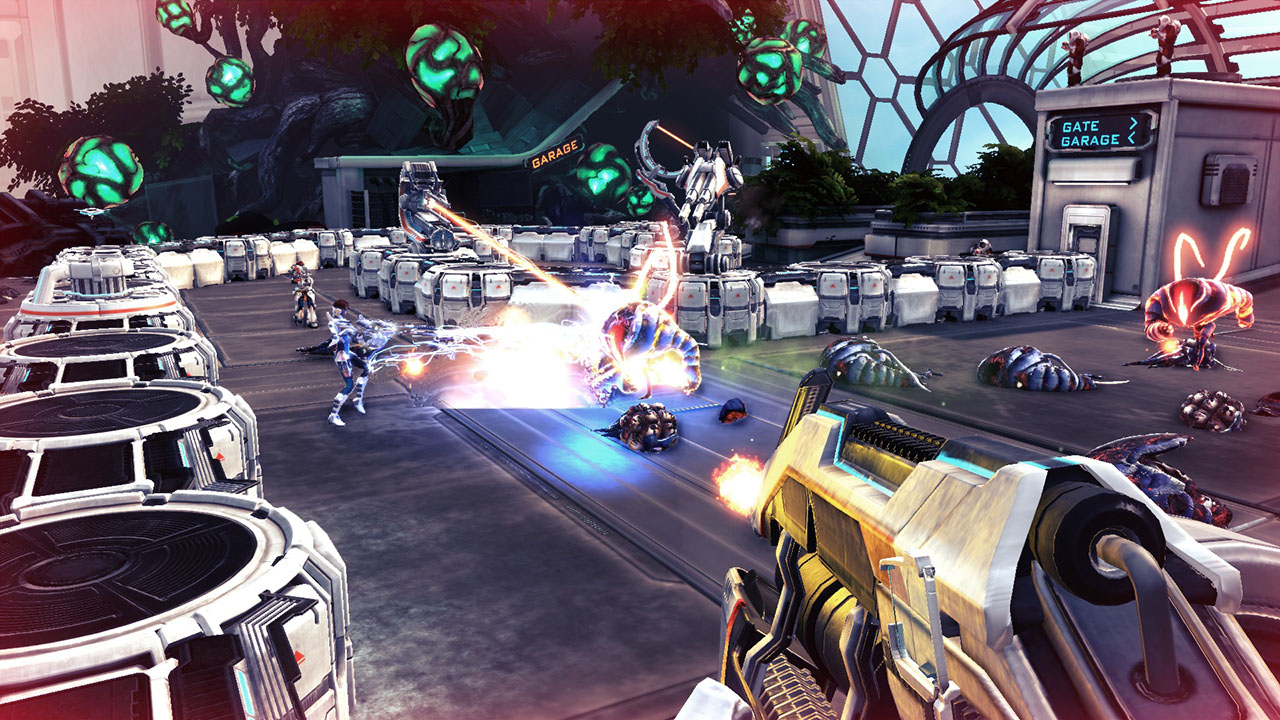 At its core, S2 is really about defending locations while at the same time creating unique pathways on the map which are meant to slow down the enemy and grant you some tactical advantage.  Of course the relentless FPS action, which is delivered in waves for each level, is where most gamers are going to find solace.  It’s pretty gratifying to tackle the game with a friend, fighting off wave after wave of enemies who are all too eager to try and kill you as well as damage your infrastructure.  Naturally, one of the main activities is leveling, of which there are also perks which can increase your overall effectiveness.  This will be especially handy when you encounter your first boss fight, which will come at the end of the last wave.  Moreover, each boss will have its own unique abilities as well, which greatly enhances the scope of the game itself in many ways (particularly co-op play). 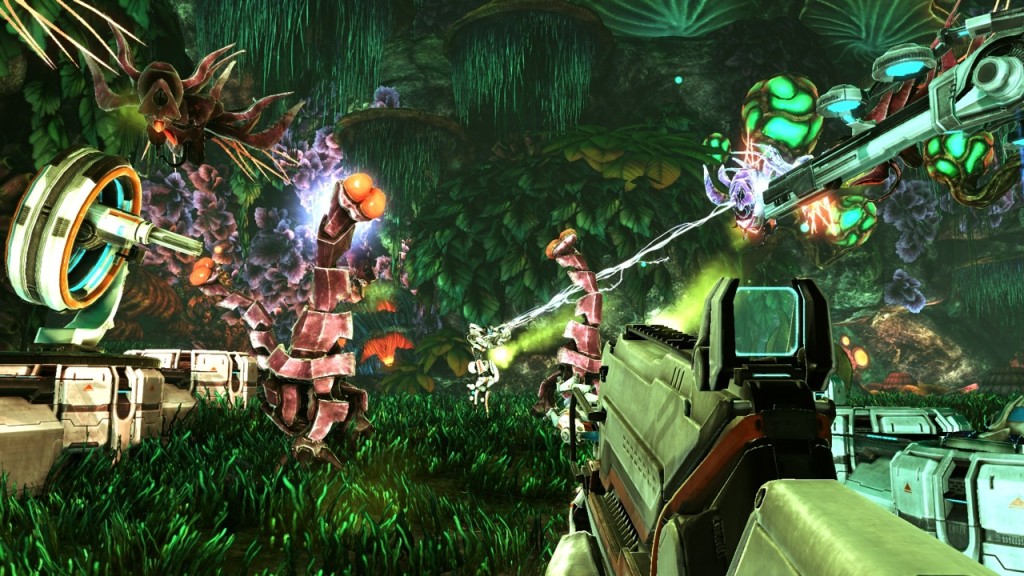 Those who are in the market for a fun game that offers a unique co-op experience within the context of a rarely exploited genre like that of tower defense will likely have a blast with Sanctum 2.  Additionally, the gameplay isn’t so generally difficult that it will discourage those who are new to shooters either – it provides you with a nice happy medium which is both rewarding as well as entertaining.