Even the most hardcore FPS gamer gets an itch to explore a quirky platformer once in a while. Admit it, there’s only so much gunplay and 3D destruction one can take before the urge to switch up the format emerges.  Well, if you’re looking for a really great, fun platformer which can hold your interests in more ways that one, “Rayman Legends” IS that game.  Before we go any further, YES, this title is somewhat cartoon-ish or even perhaps a bit “zany”, but that’s definitely not a bad thing in this instance.  You might think of this game as a merry traipse through a very well-constructed surrealist dream, albeit one in which the hero is a limbless protagonist suffering from a really bad case of chronic fatigue.

The plot of Rayman Legends finds our hero and his friends, Globox and the Teensies, falling into a deep slumber only to be awakened by none other than Murfy.  As you might expect, he relays the bad news – 10 princesses have been abducted and it’s up to you to do something about it.  All in all, it’s a very “Mario-like” setting which is familiar without being too cliché or annoying to get in the way of the gameplay. 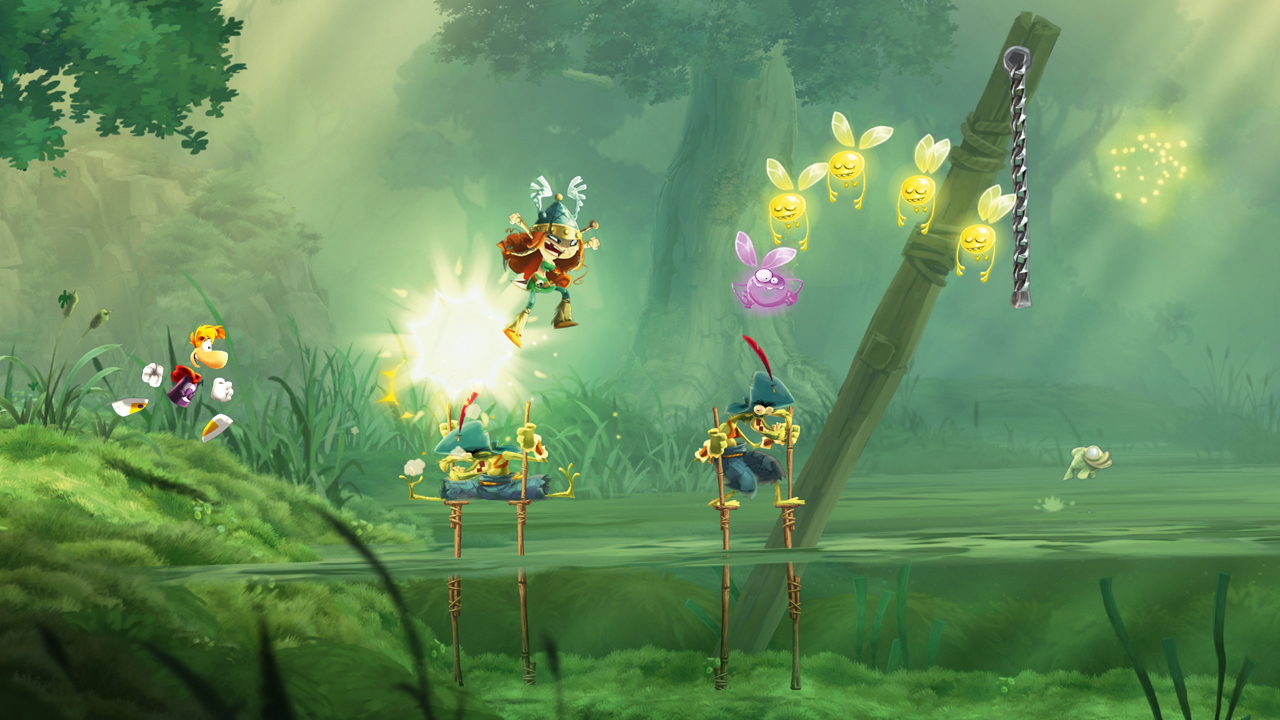 Perhaps one of Rayman Legend’s strongest features is its environmental diversity.  Simply put, this game is eye-candy from start to finish with each level taking on a specific theme which permeates every layer of its design and overall approach. You’ve got your “carried off by the wind”, “stealth avoidance” as well as “left to right scrolling” levels in addition to many other novel settings.  For instance, one finds you eating your way out of an enormous cake while another is essentially a mad dash where your sole goal is to escape a crumbling tower.  Graphically speaking, this isn’t the sort of title which should be overlooked; for the genre this game resides in, it’s certainly one of the more visually impressive releases to come along in quite a while.

Of course the thing that really makes Rayman Legends such an interesting game is the way gameplay develops as you progress.  As previously mentioned, each level more or less takes on a specific “theme”, if you will.   Strangely enough, one level has Rayman taking on the form of a duck…almost “avante garde”, if you think about it.  Well, you’ll be utilizing your precision steering with tricky jumps as well as timing your movements in accordance with very musical settings (think dance, dance revolution meets old school Mario with an original art style and way better graphics).  Likewise, in the aforementioned stealth level, you also have to avoid the lights entirely.  In short, every aspect of Rayman Legend’s gameplay is thoroughly satisfying. 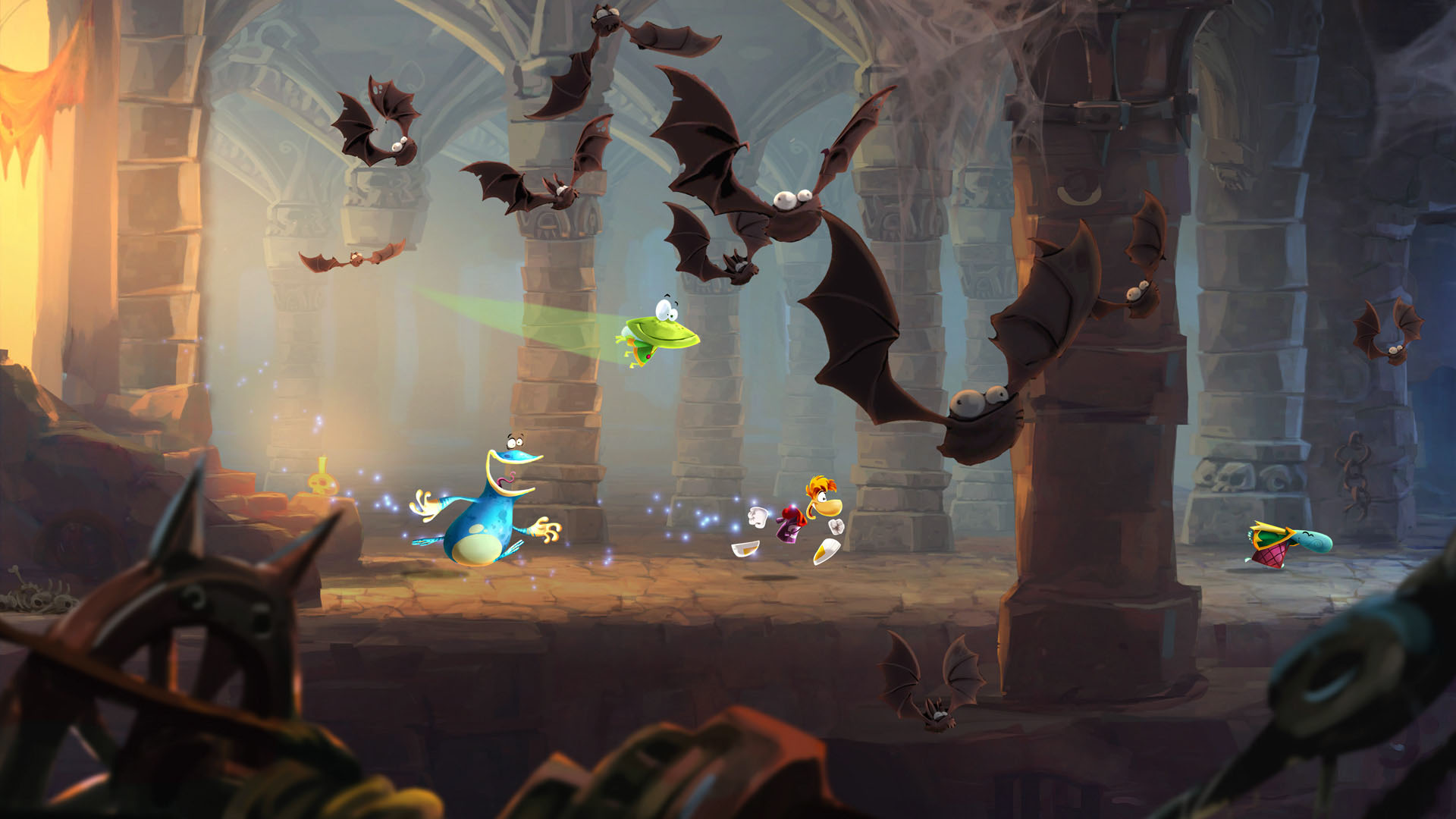 While it’s true that side-scrolling platformers might not be everyone’s cup of tea, the truth is that Rayman Legends is still worth giving a shot even if you’re not a big fan of platformers.  The bottom line is that this game is highly entertaining and visually interesting – two factors which, when added together, equals a most enjoyable title.