SCE Japan Studio’s “Puppeteer” is a game that hasn’t really been on most people’s radar.  Characteristically, most gamers are pumped up about the release of the PS4 as well as a slew of top-tier titles which promise hours upon hours of open world exploration.  Needless to say, this isn’t what Puppeteer is about at all.  Despite that fact though, the game has managed to garner quite a bit of attention from certain fans, with those who have experienced it for themselves even calling it a masterpiece. 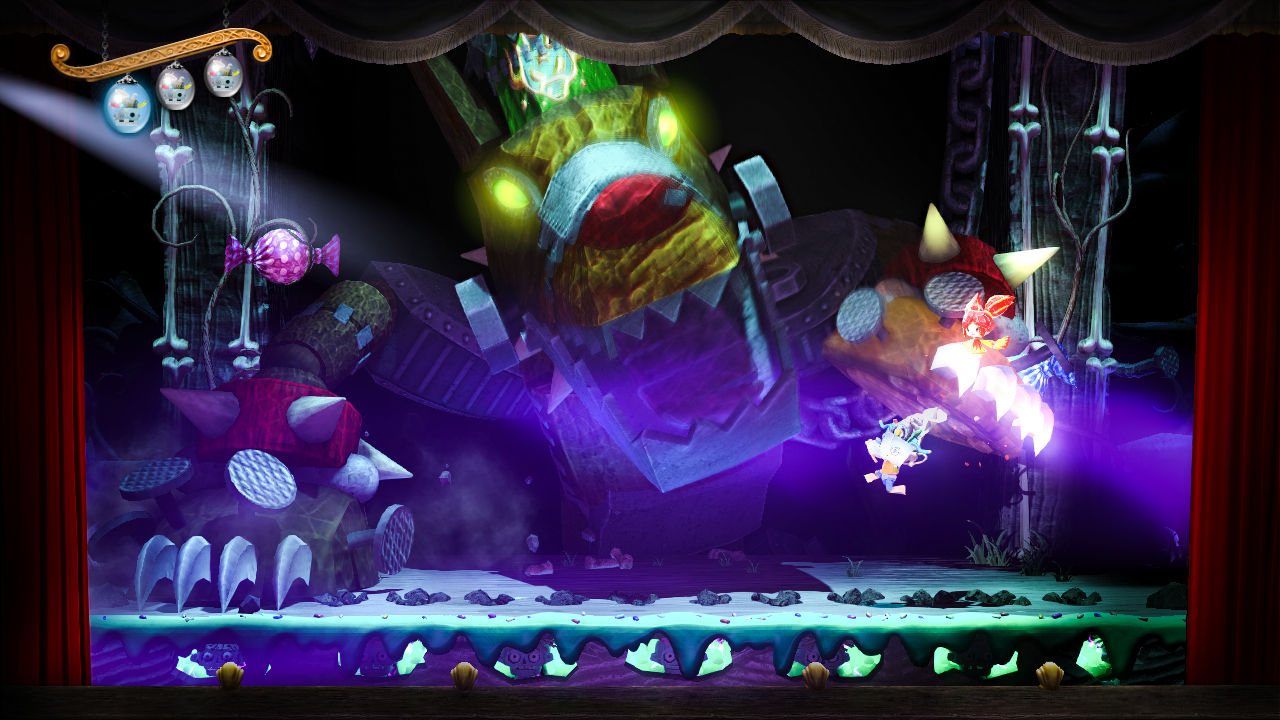 In short, Puppeteer is a quirky platforming side-scroller that introduces you to the tale of Kutaro who is on a quest to regain his original head and defeat the evil Moon Bear King.  Aside from that though, Puppeteer is an amazing experience in and of itself.  Comprising a series of levels wherein each of which is designed to encapsulate a host of its very own original sets, characters and twists, this game plays like a sort of interactive roller coaster (only even more fun).

Perhaps the most stunning part about this title is its wonderful visuals.  There is a staggering level of detail present which borders on sensory overload.  Don’t get the wrong idea though, it’s never really too much to handle and it’s certainly entertaining and memorable.  Throughout the 8-10 hours it will probably take you to finish off the game, you’ll be treated to a wealth of eccentric cut scenes as well.   In terms of its art style and direction, Puppeteer is marvelous; in fact, it’s one of the main reasons why you should play this game.  With 7 levels to move through, spread across 3 acts, you’ll be bombarded by one fantastic locale after another.  Even though we’re talking about a side-scroller here, this game is still very much at the top of its game, so much so that even hardcore 3D shooter fans might even enjoy a nice refreshing romp through the Puppeteer world. 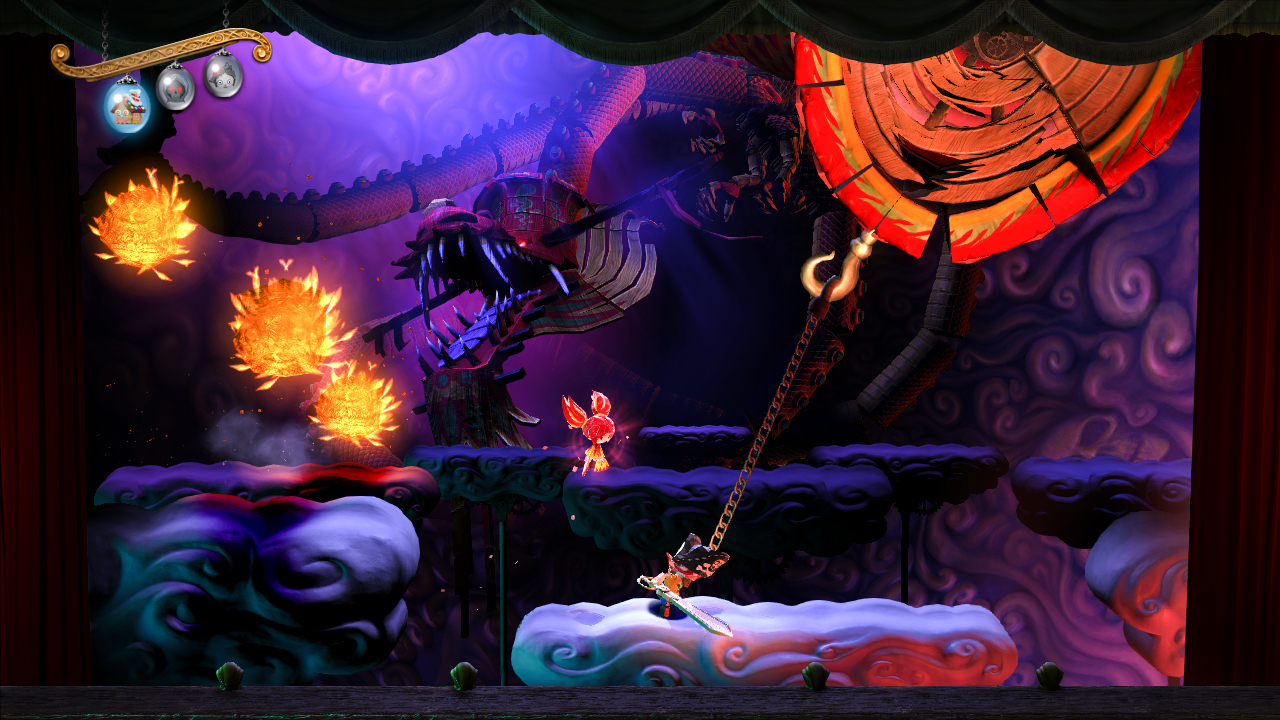 As you might expect, gameplay is more or less fairly straightforward in Puppeteer.  The use of the D buttons to select new heads is where it becomes a little tricky, perhaps.  At any given time you have 3 heads you can use.  Naturally, if you are hurt, you lose a head, but not to worry, if you can catch it before it fades away then everything’s fine.  Of course if you don’t, then it’s gone.  Moreover, if you lose all 3 heads it’s back to the checkpoint for you.  Additionally, another player can join in the fun and assume the role of one of Kutaro’s “spirit-like” buddies (who can stun enemies allowing you to attack or even explore the areas in greater detail).  Aside from that, it’s all about executing precision jumps slicing through enemies with your magical scissors.

What can we say about this wonderful game?  Well, simply put, Puppeteer is a really great game that every PS3 owner should most certainly pick up.  From accessible yet tactful gameplay to jaw-dropping and adventuresome visuals, this title is perhaps one of the best side-scrolling platformers out there.  Highly recommended!