Touting an all-new engine (the Fox engine) and a number of additional refinements, PES 2014 has burst onto the scene, much to the delight of video-gaming football fiends.  One might accurately state that the PES franchise didn’t really hit its stride until the release of PES 2013 last year, which helped to solidify many of the core elements of the series (like its focus on skill and challenges).  In short, PES 2014 doesn’t just build upon those triumphs, it re-imagines them courtesy of its brand spanking new engine and features. 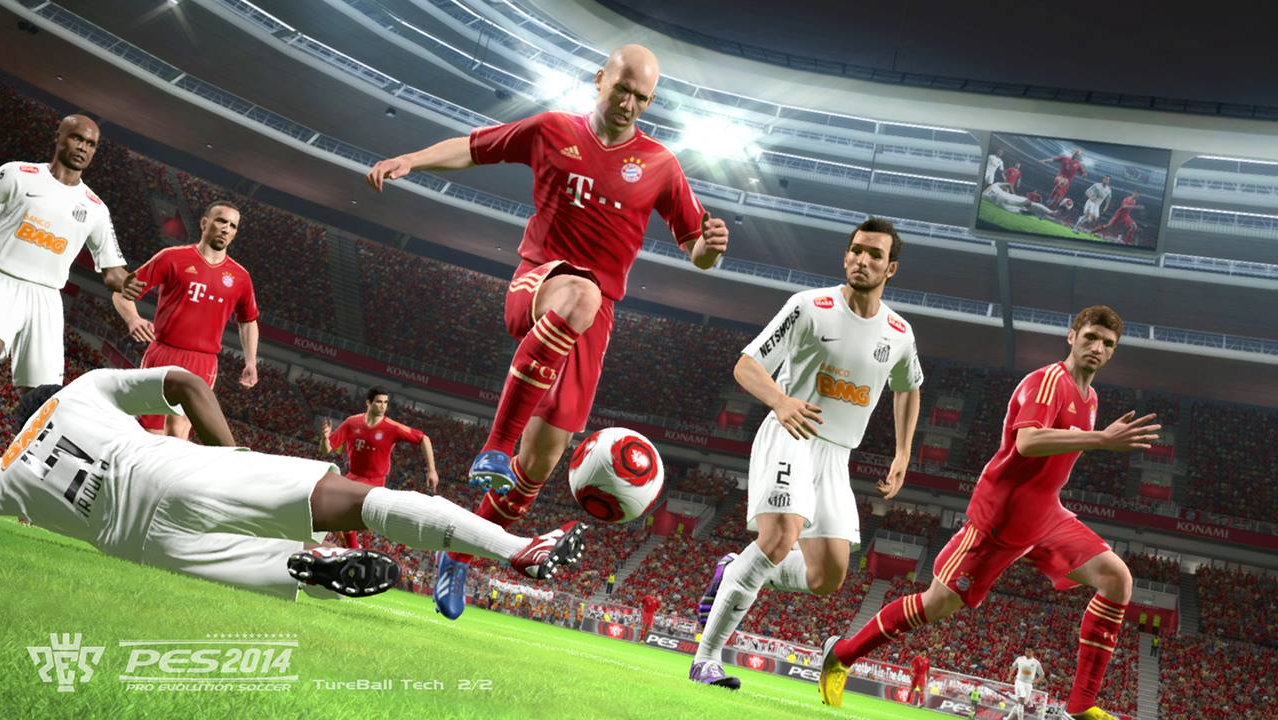 When you load up and turn on this game the fist thing you’re going to notice is the marked improvement in the visuals department.  The lighting and environments are truly breathtaking, which really helps to add an air of realism to things.  Additionally, the facial animations have also been improved as well as character design(s).  Anyone who’s familiar with PES 2013 will notice right away that the textures are much better-looking in this installment.  Now, the crowd feels more like a dynamic element unto itself – they cheer when you land a big goal and even jeer when someone takes a particularly nasty hit.  This sort of communication between your onscreen actions and the audience really pushes things to a whole new level, providing you with a heightened sense of drama.

Perhaps the biggest additions in PES 2014 though, are the M.A.S.S. (Motion Animation Stability System) and TrueBall Tech physics systems.  Both of these elements help to create a new and improved approach to handling which many fans of the series have been anxiously anticipating.   There’s also the subtle “heart” attribute which pertains to the individual moralities of players and can influence the way games are played as well as the outcomes.

For those that are looking for a fully-updated soccer / football title which incorporates all the modern teams and players, PES 2014 is somewhat lacking.  In other words, yes… specific teams or even most of your favorite new players might be absent, which might upset some of the more serious football fans out there.  Don’t let this get you down though, as what’s left is certainly good enough to work with and let’s be honest, such details shouldn’t really influence the way you play or enjoy the game, should it? 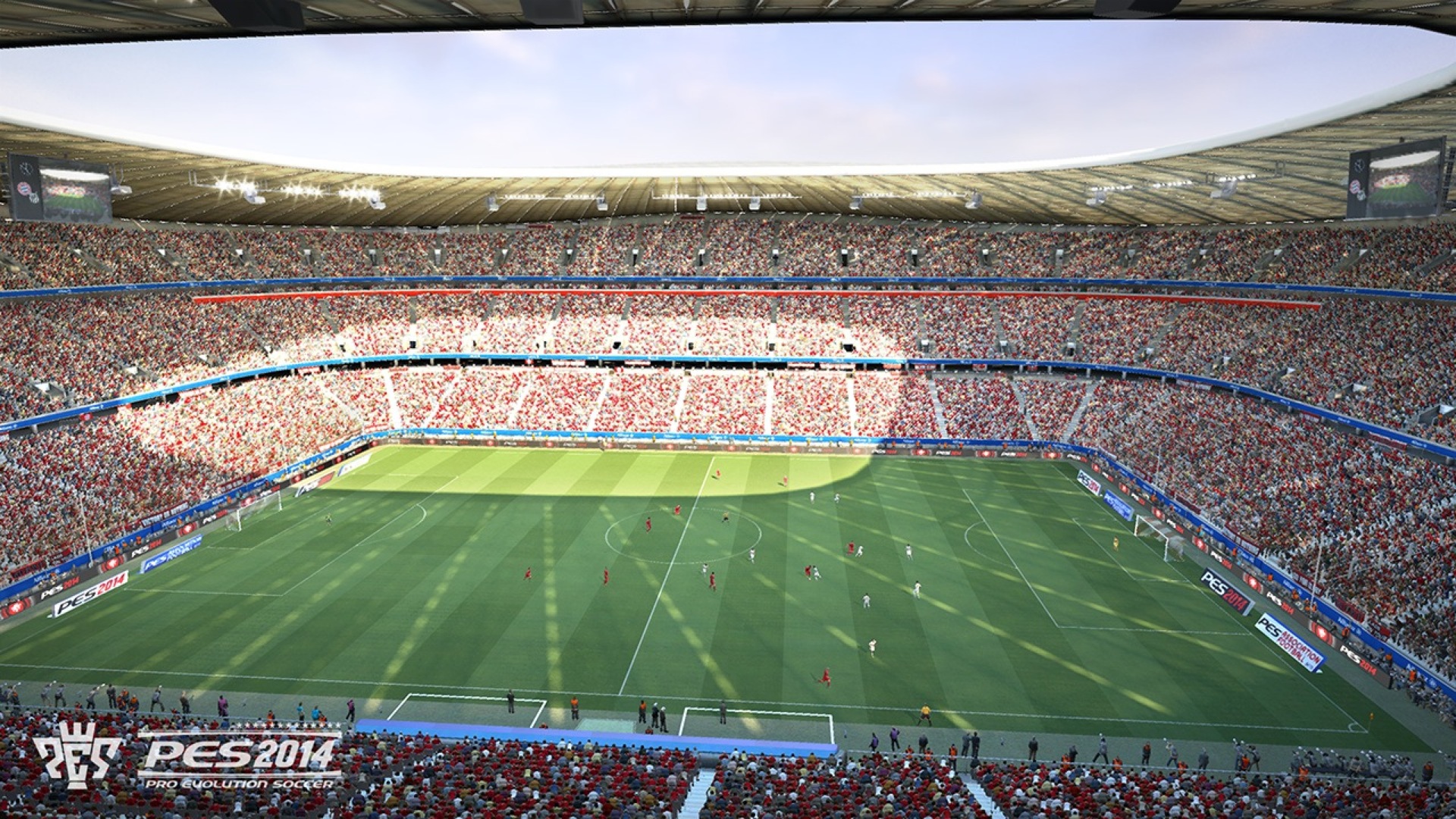 In terms of other features, the PES Master League is still available and is rather enjoyable to participate in.  Combination play has also been introduced, which allows you to control how your players play in areas of the pitch.  This extra bit of strategizing can actually add quite a bit of depth to the overall gameplay, so remember to use it to break up semi-robotic drives down the field.  Of course not too much has change in the shooting department – it’s still fairly difficult to land goals.

Even still, PES 2014 is not without its faults, particularly concerning certain issues with frame-rate faltering and slow downs.  You might be in the middle of a very important drive down the field during a heated moment with several seconds left on the clock and have to face some stuttering, which can have an adverse affect on your level of immersion in the game.   Having said that, PES 2014 has really upped the ante in terms of realism, especially when contrasted with that of previous entries; in short, it’s a whole new beast to contend with. 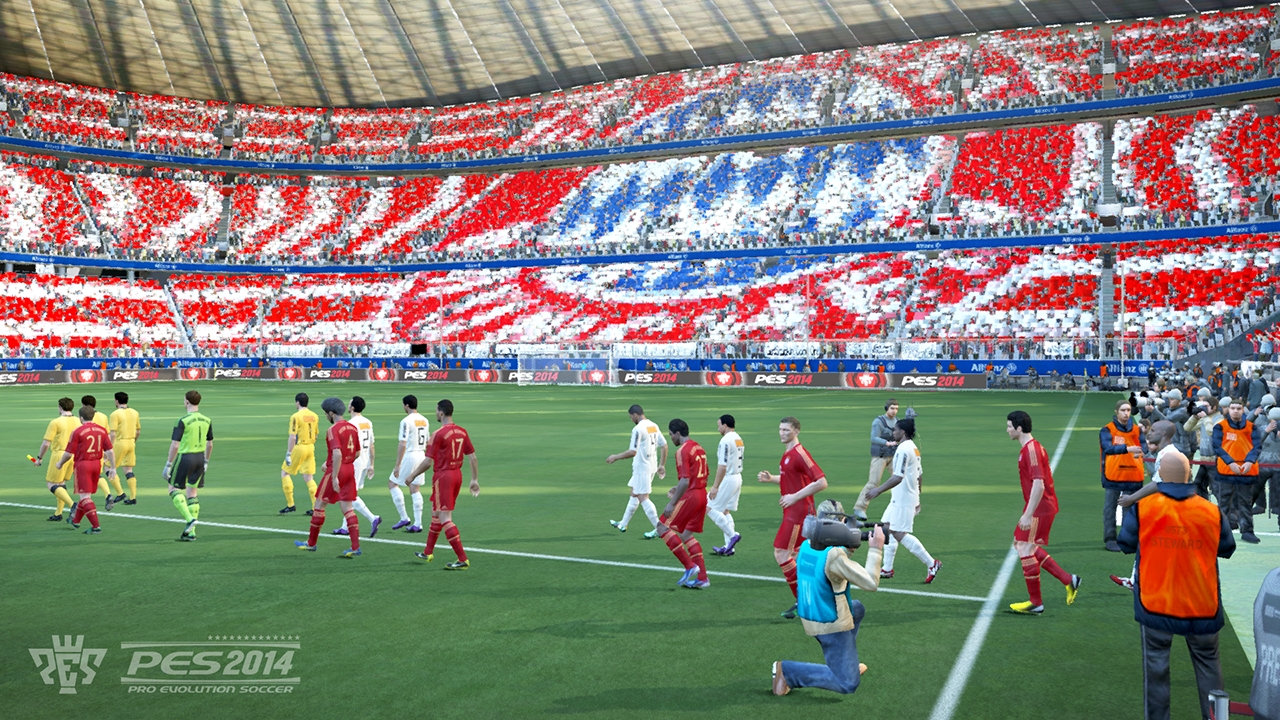 Serious football fans will probably be somewhat divided on PES 2014, with some enjoying it quite a bit, while others are turned off by some glaring elements like the missing teams.  However, if you can get past its mild imperfections, the game is fairly solid and is by no means slouchy or broken; in short, PES 2014 can provide you with hours of enjoyment, but you have to get over the fact that it’s not EA’s FIFA, first.