While it’s true that fans of the “One Piece” animated series will likely be quite a bit more excited about the release of this animated hack-and-slash action game.  Right off the bat, One Piece: Pirate Warriors 2 overloads your senses with a spectacular array of scenes and colors.  The story helps to fill in the details concerning the exploits of the Straw Hat pirates two years after they’ve already moved into the New World.  Nonetheless, it’s a very unique game in terms of its plot as well as its gameplay…

Starting out, you’ll only be able to access the “Pirate Log” mode, so get ready to take part in a scripted adventure that will reintroduce you to many of the characters you already know (if you follow the franchise).  Of course you’ll also encounter many new faces too, many of whom will probably want to fight you.  If you’re not at all familiar with the way narratives are driven in the animated series, the way things progress might be a tad offsetting, but it’s nothing too jarring.  All in all, the plot itself is fairly accessible, even to the initiated. 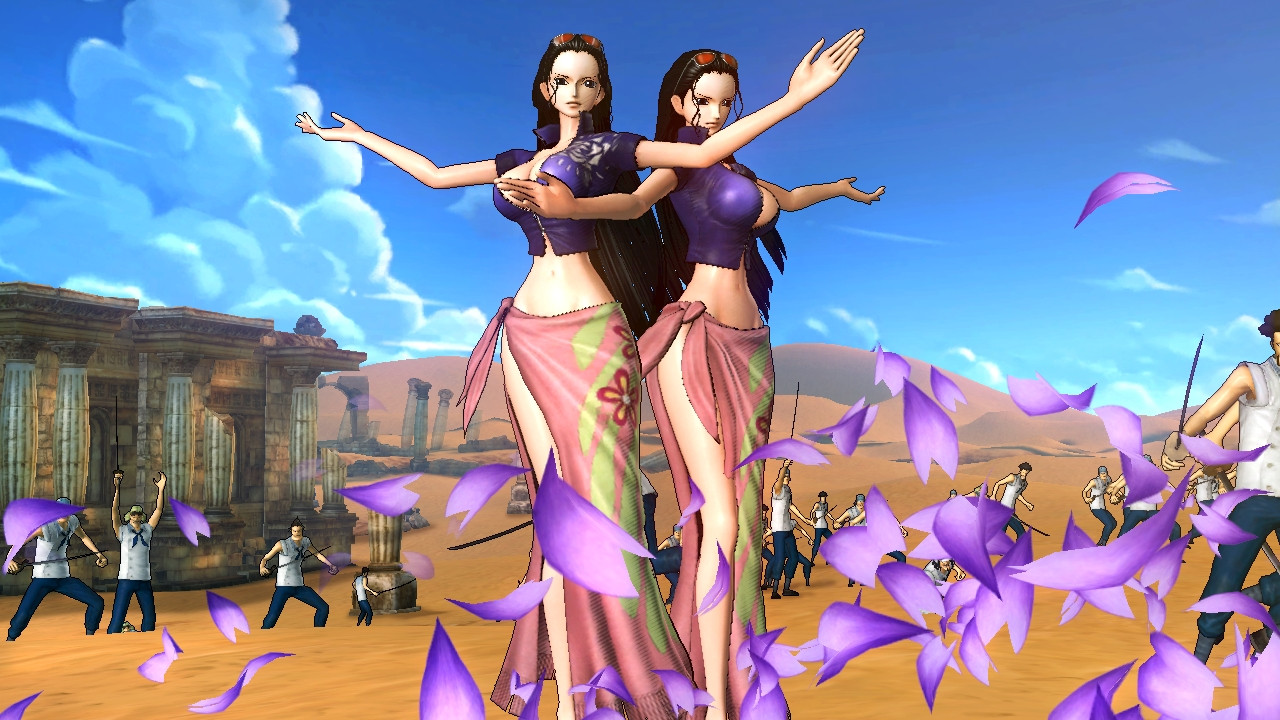 Whether you’re battling a roomful of foes or just watching a cut scene, One Piece: Pirate Warriors 2 is a true visual feast.  It’s a stunning combination of a very unique art style (which remains true to the series itself), spectacular effects, fast-paced action, and of course the various comedic elements which help all the pieces of the story to fall into place.  Naturally, the environments are fantastic, each one embodying the spirit of the One Piece universe.  Additionally, the character designs are all true to form as well – this applies to details as well as movements and tactics, of course

For all intents and purposes, OP: PW2 does play a big like a “button masher”, but who said that had to be a bad thing, eh?  Combos are linked to the triangle and square buttons, while the circle button provides a special / heavy attack, as expected.  With no way to block, you’ll just have to dash out of the way when the time comes; moreover, dashing can also be combined with combo moves for even more variations.  However, interestingly enough, each character has its own unique attack move which is triggered with R2.  Naturally, the overall effectiveness of character attacks will depend on a number of outside factors including how you personally approach battle as well as what’s happening at that particular moment.  Once you’ve beaten that game you can check out the Free Log in addition to the Challenge mode, which throws certain obstacles at you given certain conditions. 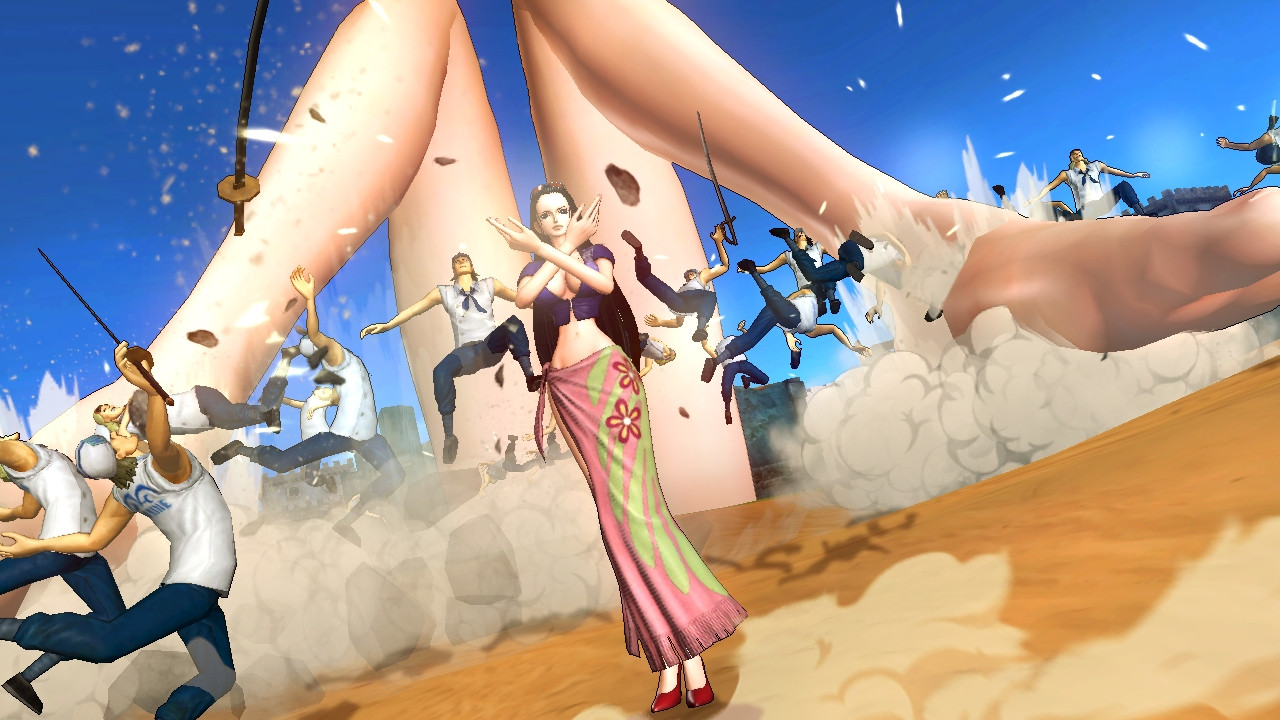 Anyone who might be thought of as a fan of “One Piece” will likely get a real kick out of One Piece: Pirate Warriors 2.  However, aside from its obvious lineage, the game itself is actually quite a blast.  Sure, you might be vigorously pushing buttons constantly, but it’s this frantic atmosphere which gives rise to the drama of the story.  Give it a shot.