Lego Marvel Super Heroes has a lot going for it.  For starters, it’s one of the better action / platforming games in the Lego pantheon, which is no small feat to have achieved.   But that’s not all; the LMSH is also a feast for the true fans – giving you the ability to use and interact with a staggering number of characters that exist within the Marvel universe (150 in all).  Additionally, you’re given the chance to run around a massive open world environment as well – it’s something that gives this particular game quite a bit more depth than many might have anticipated.

The plot is rather straightforward – Silver Surfer’s board is damaged in transit by the nefarious villain, Dr. Doom, shattering it into a number of pieces which S.H.I.E.L.D. has to recover.  Naturally, this entails a number of well-known heroes joining the cause (often pairing up to complete specifically-themed missions which cater to the abilities of certain characters) to prevent the Earth and other realms from being destroyed.  In short, it’s the Lego version of a story that people with interest in comics might find somewhat scintillating. 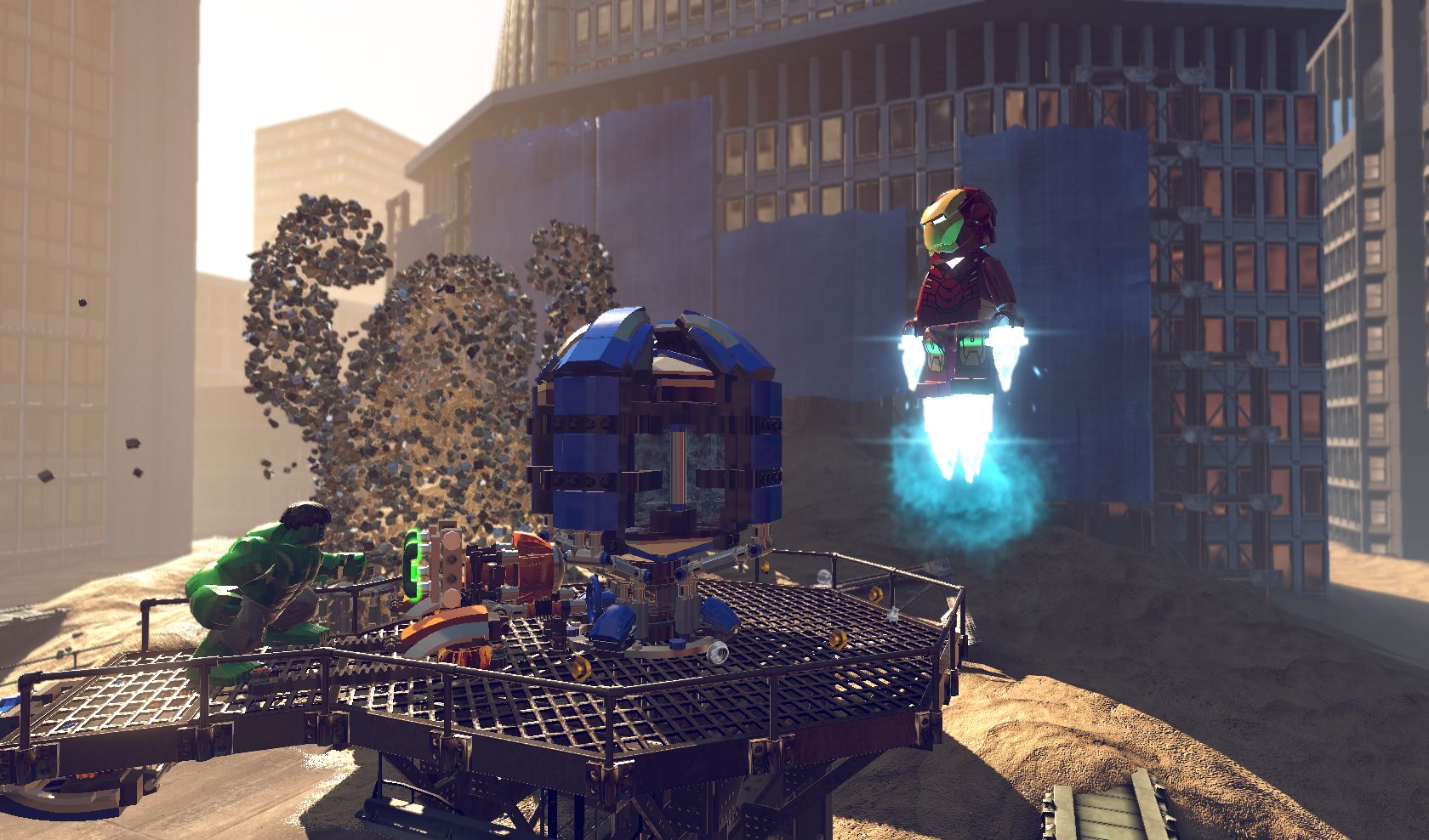 In terms of its graphics, Lego Marvel Super Heroes maintains the distinctive look and style the series has forged for itself with other titles.  You know what they say, “if it isn’t broke, don’t try to fix it” – all things considered, it would seem that developer TT games took that advice to heart and gave fans yet another lovable title to sink their teeth into.  The game itself is full of bright colors and a rather simple, yet somewhat detailed art style that’s both charming as well as interesting enough to hold your interest at length while exploring a big map.  In short, this game doges its graphical limitations by giving fans more of what they want, be it expertly detailed Lego-versions of all their favorite Marvel characters or a big sandbox to play in. 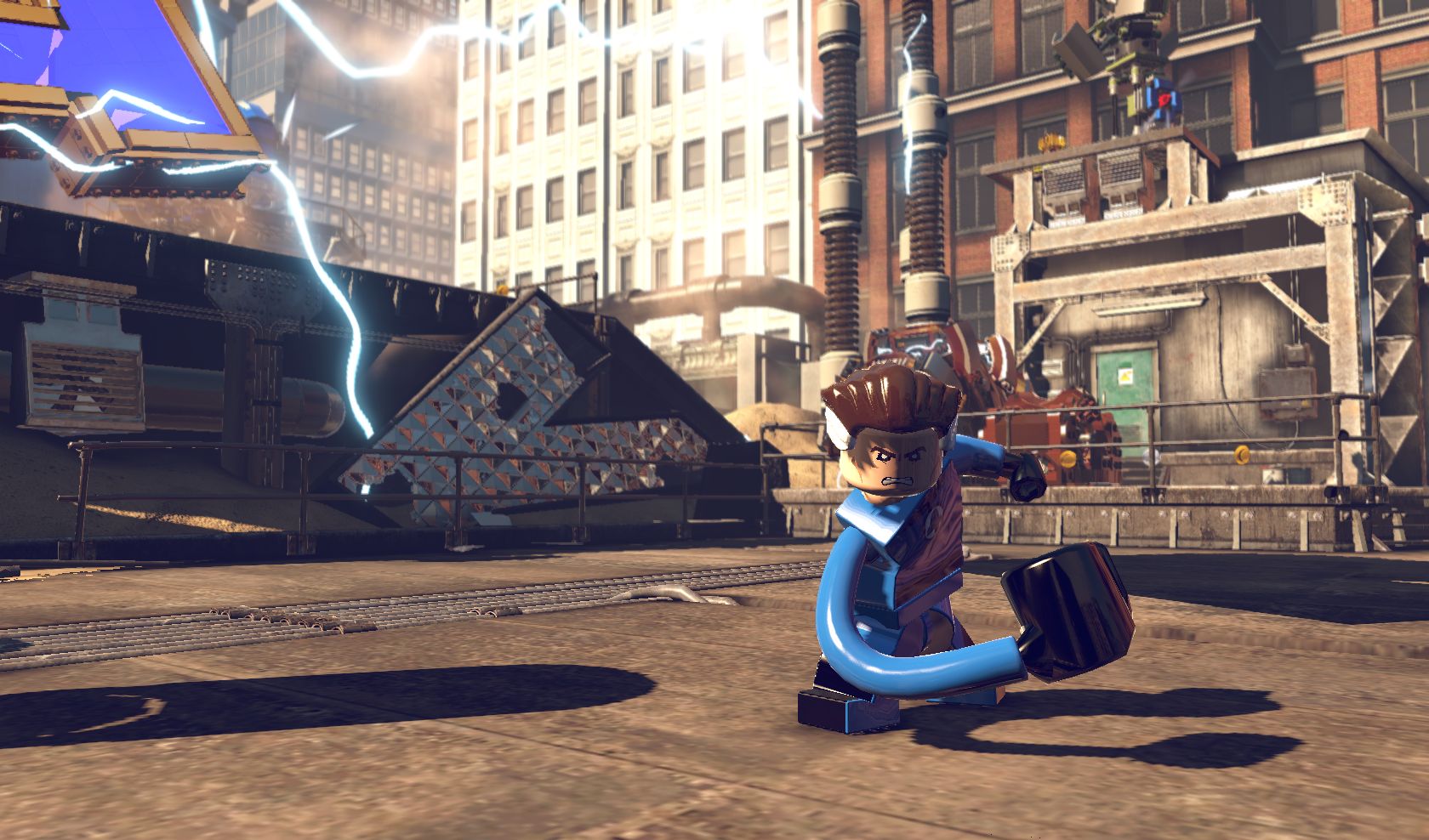 Don’t get the wrong idea though; this title isn’t just a dedicated open-world romp with a main quest and a few lame side quests.  No, Lego Marvel Super Heroes is a densely-packed gaming experience that will push you to keep on exploring long after you’ve toppled the main story mode (in 20 hours or less).  For instance, you can play the game like a completely linear “on-rails” hack and slash if you want, or approach it from the perspective of a seasoned open-world explorer who plays for completion.  Moreover, the city is jam-packed with all manner of side quests, buildings which can be entered (each usually containing its own unique set of missions), and you can even fly aircraft.  Likewise, each character has their own special abilities, which you’ll need to call upon to solve certain puzzles. 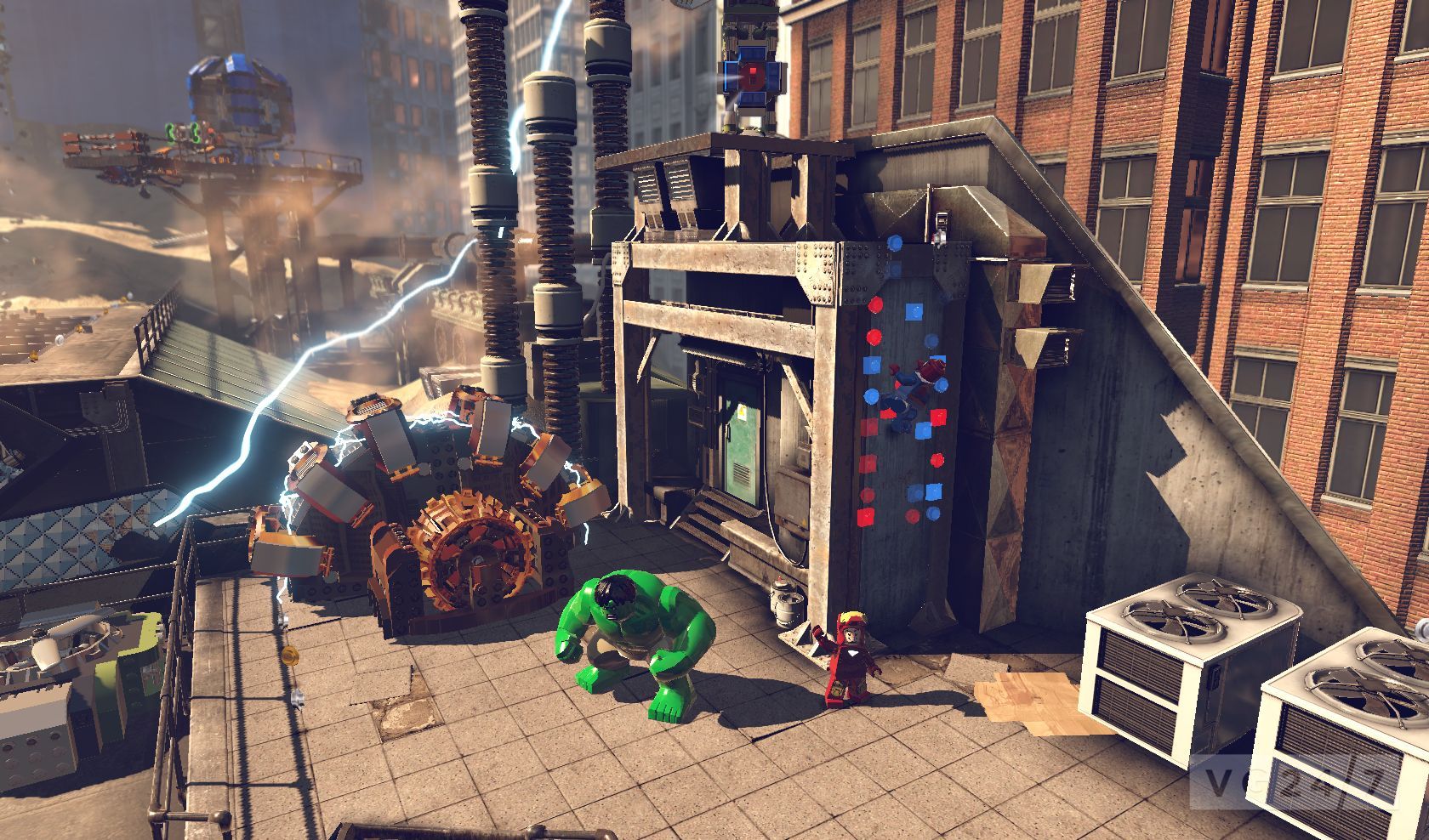 Whether you’re a gamer who’s looking for another interesting open-world title to dive into or a dedicated Marvel fan, this game will definitely suit your needs.  In all honesty, it’s probably one of the better “super hero” titles to come along in a while and is definitely worth picking up.