At first glance, “Invizimals: The Lost Kingdom” seems to be just another colorful and somewhat simplistic family-oriented game with some mild platforming elements.  Of course, when you load it up and begin playing, the first few minutes will introduce you to plenty of mystery and allure.  A youngster unlocks an ancient door within the British museum to reveal a strange hallway filled with menacing relics.  Proceeding down the path he discovers what appears to be a crystal tooth and removes it.  Naturally, this upsets the artifact’s guardians who spring to life and pursue him.  Barely making it out alive, we discover that he’s actually on a larger mission to; you guessed it – save the world. 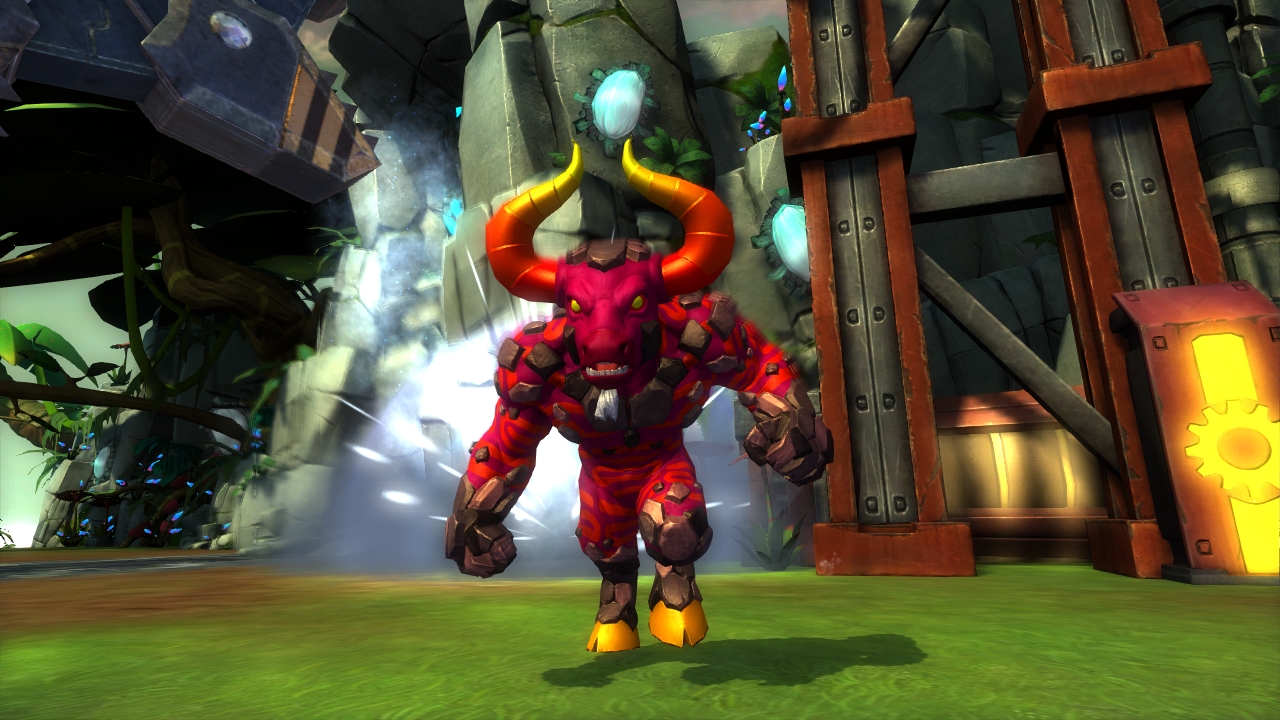 For all intents and purposes, Invizimals: The Lost Kingdom is a game for kids, but a decent one at that.  Once the lead character, Hiro, enters through the portal, the world cunningly morphs from live-action to a more typical, colorful animated setting.  While it might not mean much to the studied adult gamer, these kinds of touches will probably seem somewhat magical to the younger gamers among us.

In-game, it’s a charming and sharp little 3rd person platformer which is both easy to follow and focused on fostering a sense of exploration.  During your first encounter with a character in this world, Ocelotl, he explains the nature of the disturbances in this strange new world and offers to give you some powers for self-defense purposes.  This sets up the game’s basic gameplay mechanic – to allow you to transform into various forms, each with its own unique power.  From there it’s all your standard platformer fare, collecting power-ups, solving puzzles, upgrading, you know…the stuff we’re all already familiar with. 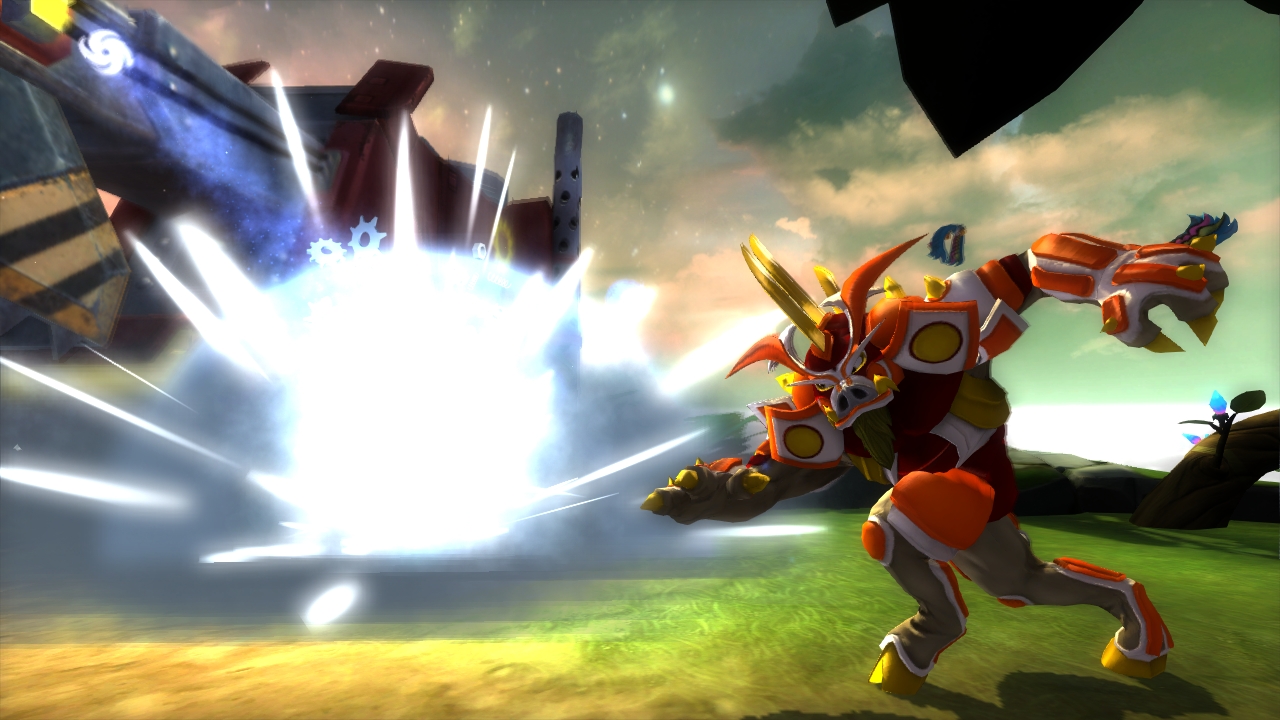 Again however, for the initiated young gamer who’s just figuring out how to use a controller, this will likely be a fun-filled experience.   Given that it basically directs the player toward completing objectives via voice-over commentary and the overall difficulty is very low, it’s a very good game for kids to play.  Moreover, it’s also a somewhat visually entertaining title which blends together some physical puzzles with the aforementioned shape-shifting concepts to create a light, brawling platformer of sorts.   Visually speaking, it’s fairly sharp and colorful, with an animated style, but what really sells the game is its various settings, which range from mystical jungle temple to floating island steampunk in design.  Add to this, the various features of each character you assume the form of and the incredibly neat boss battles and you have a game that also hearkens back to the days of classic platformers as well. 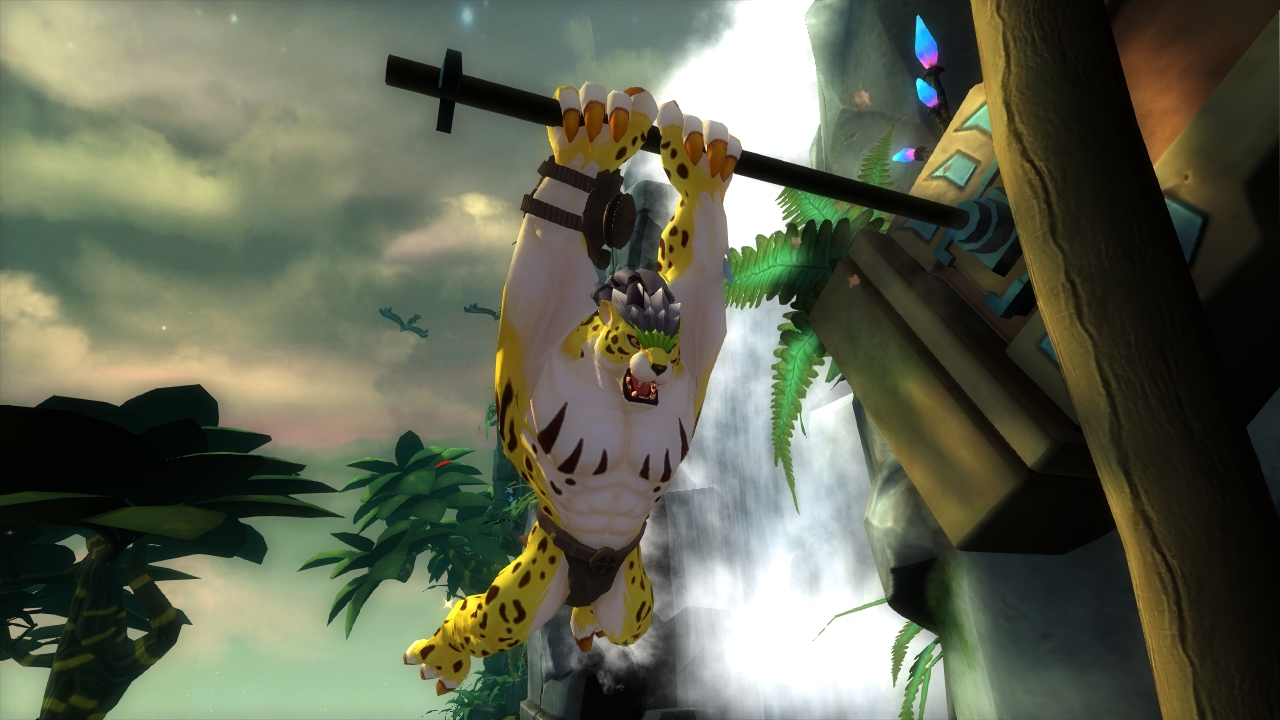 Invizimals: The Lost Kingdom incorporates all the standard features you’d expect to find in a game of its type, including quick-time events, puzzle-solving and cartoon-ish combat.  Younger gamers will certainly get a kick out it, not just because of its stylized visuals, but also because it does a great job of directing them toward achieving certain objectives.  …Highly recommended for children who might be new to the PS3.