If you’re thinking that this latest installment in the fabled Call of Duty series is going to offer an entirely different sort of experience from that of past games, you’re way off base, as they say.  Having said that, it’s fairly safe to assume that many devoted CoD fans aren’t really looking for something that’s too far removed from the basic formula they’ve grown to appreciate.  “Ghosts” does offer up some surprises though, and it certainly carries the franchise forward in a way that’s very satisfying while upgrading various elements of its gameplay as well.

Call of Duty: Ghosts tells the story of how the elite commandos known as “ghosts” came into existence.  Told through the eyes of your character, Logan Walker, it introduces the player to an alternate timeline version of the future where most countries across the world are lying in ruin following a major conflict.    As you might expect, after some twists and turns, you move toward the big (perhaps unexpected) finale, where developer Infinity Ward fills your head with a slightly obfuscated plot that will leave you pondering certain things upon completion.  All in all, it’s a method that works – providing nice, if largely anticipated FPS multiplayer action and the compulsory military-themed thriller-like plot to fans of the genre. 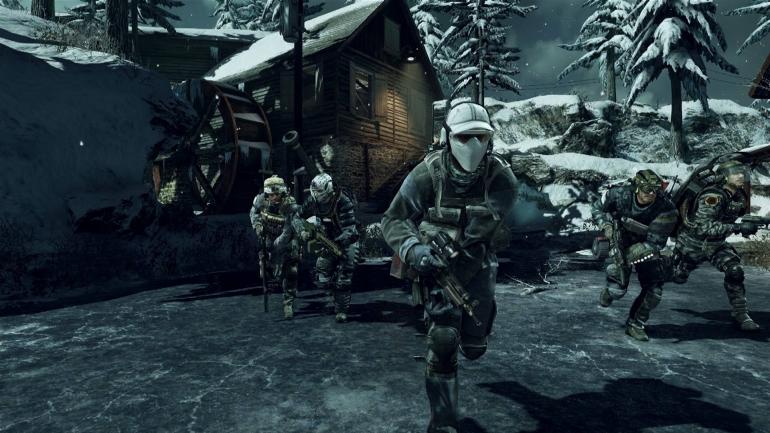 If you’re already familiar with its forerunners, the Modern Warfare series, then you already have the basic idea of what CoD: Ghosts looks like in terms of its graphics.  On the PS3, things look just fine, all the lighting, character design, and texture considerations are definitely at or above par.  Naturally, if you compare this offering with the version on the PS4 you’ll notice right away that the 8th gen version is clearly superior, this much is obvious.  However, we shouldn’t judge the 360 / PS3 versions too harshly, they’re still spectacularly detailed and vibrant.

Speaking of brilliant displays, perhaps one of the coolest additions to the multiplayer in this game are the destructive multiplayer maps.  Called “map dynamism” in “Ghosts”, some levels feature trigger points where you can call in missile strikes and/or obstruct the flow of the map to kill foes and shake things up. 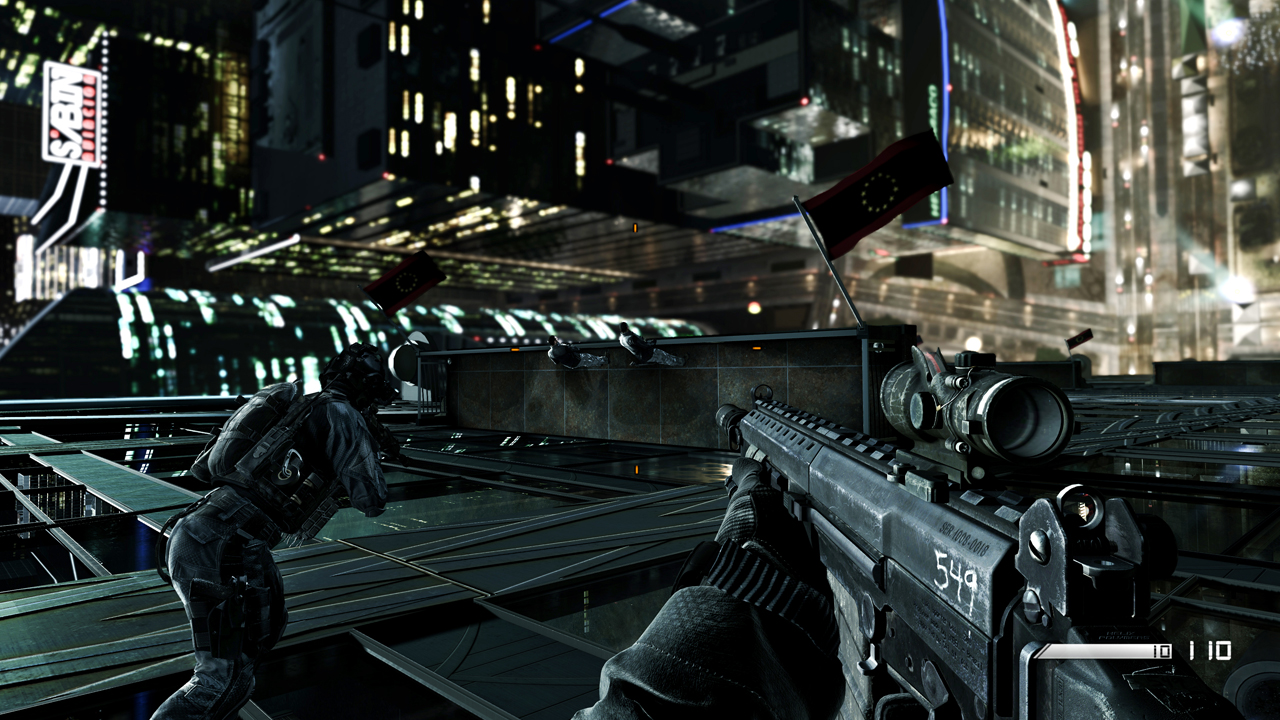 As you might expect, anyone that’s familiar with the Call of Duty series is going to feel right at home with this title.  This isn’t to say that everything’s perfectly identical to previous entries though – for all intents and purposes, it would seem that they’ve actually found a way to enhance personalization (via the all-new “create-a-soldier” system).  Turning toward the single player campaign; most people are probably going to see it as a largely “on-rails” experience – something that doesn’t offer a wealth of options or exploration of any kind.   The story mode plays out like a dramatic, if violent thriller of sorts, which is something that some gamers happen to find quite appealing.  It offers you a fully-scripted interactive experience which in a way, just lays down a rough set of concepts which only serve to paint a background for the fantastic multiplayer action.   If you’re a CoD or FPS fan (in general), definitely pick it up.