Most people are probably familiar with developer “From Software” after having played Dark Souls or perhaps Demon’s Souls.  No need to worry though, “Armored Core: Verdict Day” is very different from those games and not anywhere near as soul-crushing as either of those titles (however it can still be quite challenging and nearly impossible on hardcore).  For those unfamiliar with the relatively obscure Armored Core series, all you need to know is that they’re all about fighting in bleak-looking environments inside of giant mechs.  Being one of the few game franchises devoted entirely to multiplayer-based combat in enormous humanoid-shaped robotic tank-like suits, “Verdict Day” certainly has a lot to live up to in terms of its predecessors.  In fact, the previous entry, Armored Core 5 was an intense experience in and of itself which received rather high marks from critics and gamers alike, so the fact that AC: Verdict Day is able to trump it is a testament to its quality. 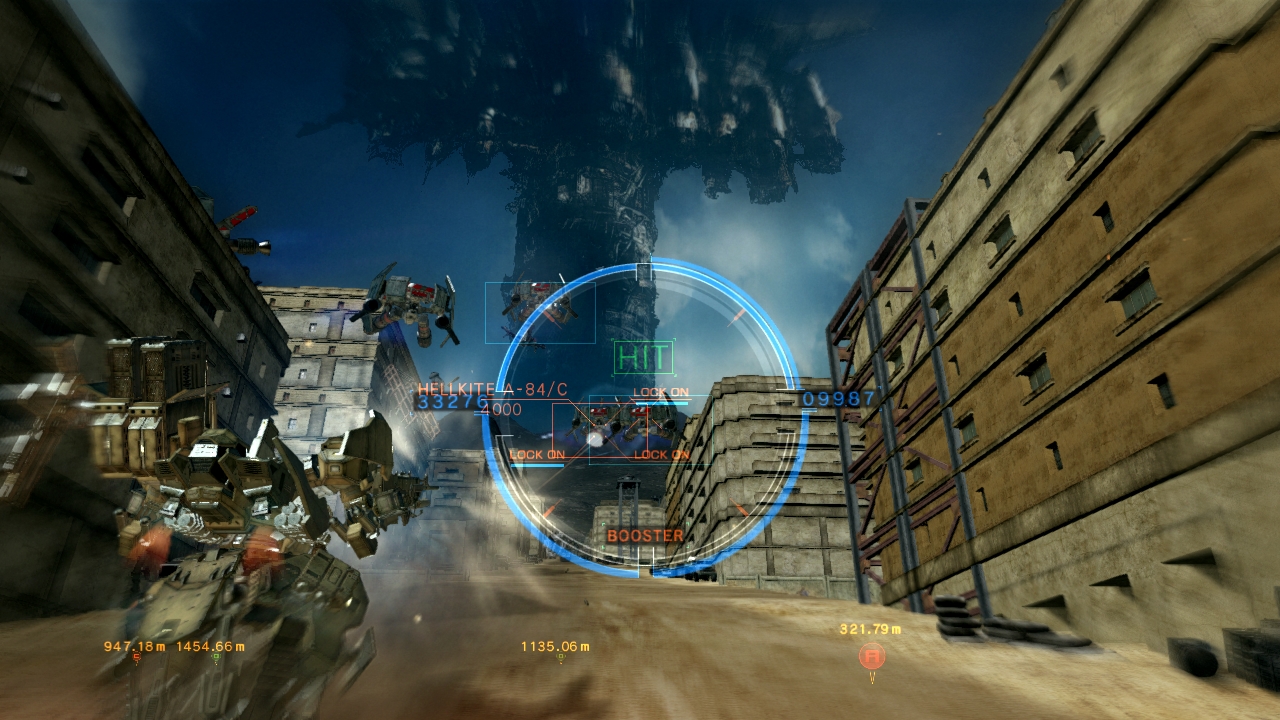 The premise of Armored Core: Verdict day is relatively simple – you are aligned with one of three factions, each one is competing with the other two for vital resources on a thoroughly bleak looking world.    The main draw of the game is its multiplayer mode, which is probably why most gamers are going to buy the game.  However, there’s also an interesting story mode which dispenses the details regarding rebellious A.I.’s and ancient technologies.   Moreover, you can also import your mech from Armored Core 5, which is a pretty great feature and definitely much appreciated.

If you’re looking for bright and colorful backdrops which seek to bathe the senses in security, look elsewhere.  AC: VD is set in a very dreary and desolate environment which is generally dark, dusty and dirty.  Having said that, everything in the game does look rather nice, especially the massive structures off in the distance and the mechs themselves.  Moreover, the explosions and lighting effects add quite a bit to this game as well, perhaps serving as visual indicators of a successful strike in many instances. 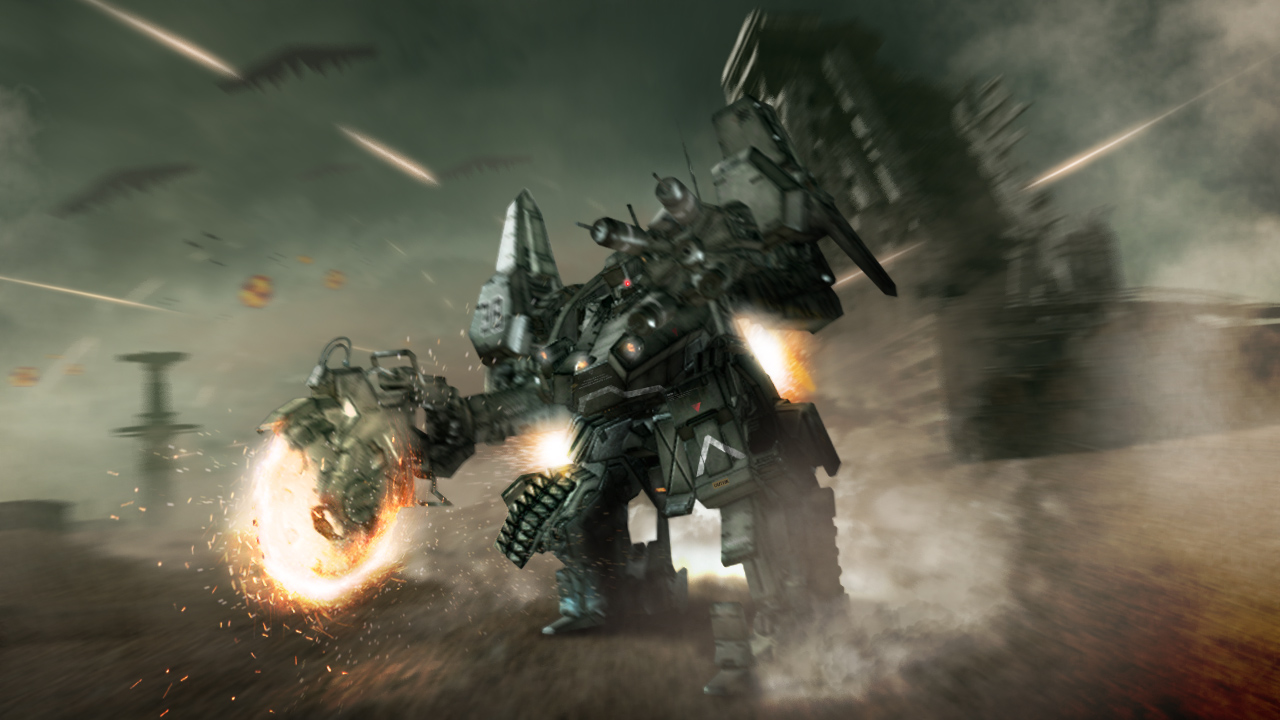 When you’re not waging war against your competitors, you’re trying to build the perfect killing machine.  Upgrading weapons and armor is extremely fun and enjoyable and what’s more, they’ve brought back Weapon Arms (like a blade for close quarters and a sniper cannon for enemies at long range).  Shields have also been reinstated, along with at least 100 new items which can be used to construct truly terrifying mechs capable of completely leveling the enemy.  So what’s the end result, then?  In essence, you’re left with a much deeper level of gameplay which integrates workbench ingenuity with tactics on the battlefield.  Furthermore, there are plenty of hidden parts as well, which makes exploration worthwhile. 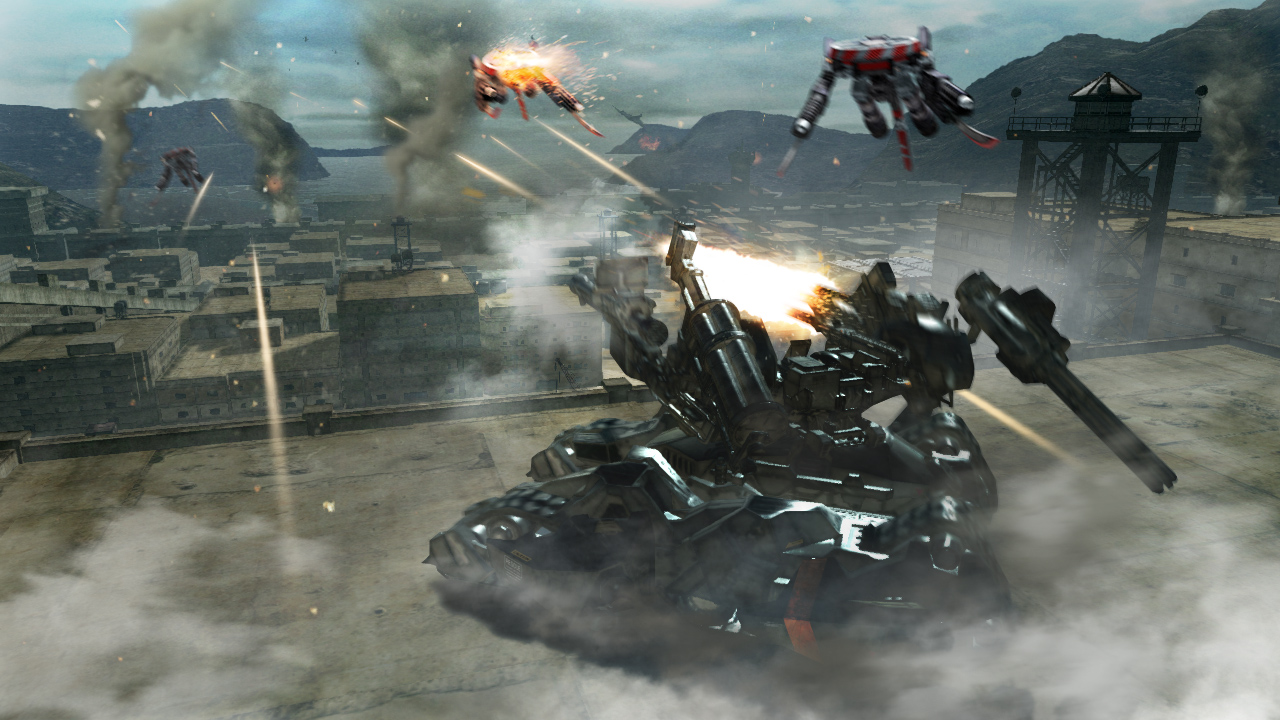 Quite simply, AC: Verdict Day is an improvement on all fronts for the Armored Core series and fans will likely “go bonkers” for it.  All in all, it’s an incredibly fun game which perhaps provides one of the more engaging multiplayer experiences around.